In May 2019, Rich Wendlek, Head of School, announced his plans to retire at the end of June, 2020. When Rich steps down as Swift School’s third head in its 21-year history, he will have served Swift for 10 years.

After an extensive search that led to a national pool of prospective candidates, the Board of Trustees has named Chris Pomar as Swift School's 4th Head of School. See the announcement letter and Chris' educational philosophy below. 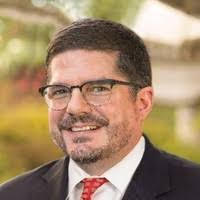